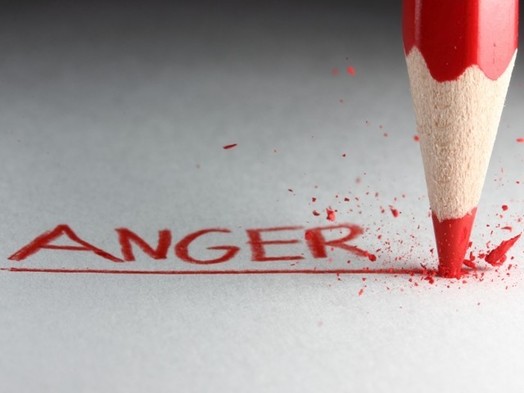 These words automatically prepare the reader to take an accepted teaching and think about it in a new way.  Jesus does not disappoint here.  You have heard it said, "you shall not murder."  This is one of the easiest truths to teach to people. There is something deep within people that allows most of us to agree that it is wrong to kill others.  Without a doubt some still chose to murder, but most people, regardless of religious affiliation can agree with this Christian teaching.

The Jewish people Jesus spoke to were no different.  They too agreed it was wrong to murder.  This is a nice and easy commandment for us to follow.  We can roll down the list of the 10 Commandments and this is the one most of us check off first.  "No worries there I have never murdered anyone, and I am way better than that guy who has."  Without a doubt the Jews listening that day would have similar thoughts, "wow, I heard this Jesus brought the heat and showed the sinners all of their errors.  I must be pretty good if today's lesson is to teach us that murder is wrong."

Little did they know Jesus was not about to let these guys off so easily.  Instead he takes the easiest commandment in the Bible and turns it up a few dozen notches.  Jesus taught that to be angry with your brother is enough to bring you to judgement.  That is quite a big jump to place the sin of murder in the same section as anger.  But, Jesus taught the condition of our heart was just as important as the outward sin we commit.

As Christians we are often faced with, "we need to do better," which has us attempting to avoid doing sin.  Jesus instead showed the action of murder had a much deeper issue than what could be seen at the surface.  The sin began long before the action itself was carried out in the form of murder.  Sin had its root in the anger and attitude of the man, and these came long before any murder would be committed.

Jesus does not address the sin, rather He goes to the source of the sin... the human heart.  Sin is the manifestation of the condition of our heart, and from our heart condition comes all sorts of evil actions.  People around us see the evil actions that come forth, which makes us want to change those actions.  We would prefer for people to never see our sin, and therefore we attempt to cover it up, by trying hard not to curse, tell inappropriate jokes, get drunk, and the list goes on.  In these few verses we are shown 2 truths, and these truths can help us immensely when dealing with our heart problems.

1. God's view of our shortcomings goes much deeper than anything the human eye could detect.

2. The Holy Spirit must do work on the person's heart before outward righteousness can be seen and more importantly... be genuine.