The Greatest Sermon Ever Told: Being a Salty Christian.
​Matthew 5:13-16 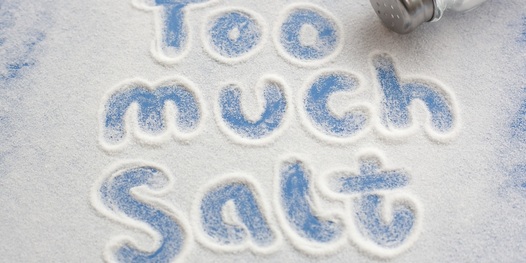 Most likely you are already aware that before refrigeration, salt was the preserver of the ancient world, and you have likely heard the illustration used when explaining this passage.. once the salt has lost its preserving quality it is no longer needed and is thrown away.  Being that salt can't be discarded just anywhere it would usually end up on roads and walking paths to keep the growth of grass and weeds down.  I do not deny this being  a very good explanation, but what about the more obvious idea?

Salt has a definite taste.  You never try a food and wonder if you are tasting salt or not.  The presence of salt, or lack of it, in a food is easily determined.  You can distinguish the taste of salt easier than most other flavors we add to food.  Jesus goes further with Verse 14,  making everything even more clear to the reader.  Jesus tells us that a city on a hill cannot be hidden.  I don't know if you are familiar with the ancient Middle east, but the ancient cities were mostly built on top of hills or "tels."  These tels are very steep hills found all over the areas of the Negev.  Today a lot of the tels remain and stick out like a sore thumb across the desert landscape.  These hills are prominent enough, that even an untrained eye can catch their intrusion on the flat geography.  If the hills themselves stood out I can only imagine how much a city still sitting there would catch a traveller's attention.

Finally, Jesus gives us the verse for the famous children's song, "This Little Light of Mine."  When reading verse 15, think about being in your house at night, and the electricity is off.  Most of the time around here this is due to a tornado or snow, and suddenly candles have much more importance than their scents.  Now think about lighting these candles during the storm and placing them under a basket.  The problem is obvious, lamp is made to use the light produced by it, so why would we ever light it and then cover it up?

The same a salt is very different from everything else, the same way a city on the hill stands out, and the light from the candle shines through even the darkest night, the Christian should be just as distinguishable from his/her surrounding.  The Christian is not called to blend in with everybody around him, but rather to be as obviously different from non believers as all of these things are different.

Notice the words Jesus uses here.  He does not say, "if you feel like it," or "you may standout." Jesus says, "you are" different, and because you aredifferent you need to act like it.  These works that we do are not in order for us to feel better about ourselves, or to make people notice how good we are.  The good works have the one purpose of bringing glory to our Father who is in heaven.

Today as you walk into the world, walk out knowing that you are very different from the world you are going into.  You have something it does not have, the Holy Spirit living inside of you.  With Him living through you, you have the power to be the salt of the world, the city on the hill, and the lamp shining into the darkness to bring people to God the Father.  Never forget this fact, there is something very different about you, and that difference is powerful.